A Way of Life

I think I must have liked the picture on the cover because when i bought the book, ‘A Way Of Life’ by Glyn Jones of Bodfari, I had neither sheep nor a dog. I was probably about 21 at that time and was more interested in drinking and socialising than farming.

That book must have sat at home unopened for 3 or 4 years till i gave up the drink altogether and started working with my father on the family farm. I remember i was selling a pair of middling bullocks one day, ones that i didn’t particularly like so the profit was small but didn’t i see a couple of hardy pups in the mans yard and got him to throw in the bitch pup on the deal. Two or three months later a second pup came on the scene. He came in the form of luck on a batch of 200 lambs and indeed he was lucky as he was to become the best cattle dog i have yet to own and my first trial dog.

So here i was with 2 pups and Glyn’s book. When i leafed through that book i remember initially thinking ‘getting the dog to outrun in a small field, collect the sheep and bring them to my feet, wouldn’t that be something’ In no time at all i had the first pup, Sue, running out and collecting sheep, landing them back to my feet, penning them in yards etc but with very few commands ha, sides seemed too complicated. All this by just following the first few chapters. Occasionally i would leaf through the back pages of the book where it talked about trialling and showed course diagrams, ‘trialling is way out of my reach but it does look cool’ I thought.

Sue was doing a world of work for me which was important as I was a difficult character for people to work with at that time, however she got some kind of reaction on her back and had to wear one of those lampshade things on her head for a couple of weeks and so couldn’t return to work. The vet told me Sue would do some funny things after i put on the lampshade and indeed it was amusing, especially when she reversed up the stairs a couple of times!

Now that I had no dog it was time to bring out the other one. Tep looked a bit like a sheepdog German pointer cross, he had mottled legs and a mottled muzzle and a thick back with smooth coat. He was bred in Glenmalure in the Wicklow Mountains from local hill dogs. Tep started to train up fast, again it was rudimentary stuff without sides but he was a powerful working dog with a fast outrun and a steady clean method. It was on cattle that he excelled, he could safely educate suckler cows into behaving with a good swing out of a nose or catch them by the top of the head safely getting himself around to heel them on their way.

All this time I would be working sheep on the farm or moving sheep in and out of sales yards and trailers, and it was in Roundwood sheep sale that I first heard about the Roundwood dog trial (the last trial of the year at that time). Tep and I would attend that trial, our first, where I had a rubbish run but where I’ll always remember seeing Toddy Lambe run and thinking ‘so that’s how to handle a dog.’.

I was completely ignorant regarding dog training before opening Glyn’s book. My brother had trained some very good working dogs and hill dogs years earlier but i was awkward then and very slow to ask for help so that book was my bible for the first few months. The book showed me first what was possible and then Sue started to turn the theory and suggestions into a reality and Tep came and carried things a step further by getting me to a trial where i found out about the nurseries and was introduced to Norman Deacon, who brought me the rest of my way in sheepdogs. That was in 1997.

Roll on 2000 and i was to stand at the stake in the International at Armathwaite. On the second morning, before my run, didn’t i glimpse Glyn Jones. Without hesitation i made my way over to him and introduced myself. I explained that ‘A Way Of Life’ was the seed that planted me at the stake of the International. I don’t know what it meant to Glyn but i know what it meant to me to be able to express my gratitude, that was the one and only time i met him. Incidentally 3 of the 60 dogs that year were dogs I broke. I since passed the book to someone else in the hope that they might get even half of what I got from it. 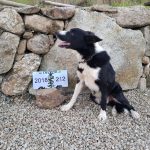 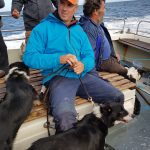 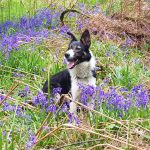 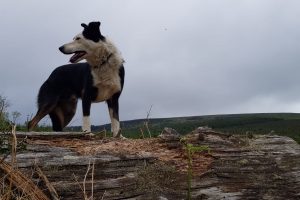